Up on his mountain, The Grinch could hear the TikiSquad listening to island music and enjoying themselves. “The only thing worse than Christmas music, is Christmas music with steel drums,” he snarled. So he set about trying to ruin Yule Tides for all of the listeners of The TikiPod.

First he destroyed a hard drive. “That should silence that infernal racket,” he laughed. But the backup software kicked in and the music played on. “That won’t do. That won’t do at all.” So The Grinch put bugs in the backup software. The mix wasn’t quite right and the Christmas music was missing, but island music still flowed to the TikiSquad. “No more of that infernal racket. I must stop this!” So the Grinch caused problems with the network connection.

Even after all of this, music still came through the speakers. The Grinch stopped and listened for a moment. His toe tapped along to the beat. Then something amazing happened. Trop Rock, Reggae, and Hawaiian Music caused the Grinch’s small heart to grow three sizes that day.

And the minute his heart didn’t feel quite so tight, in a whizz he repaired the damaged computer so that all of the TikiSquad could get away to the island side of Christmas with Yule Tides. And they say the Grinch himself bought a round of margaritas at the beach Christmas party.

Yule Tides is back everyone. Enjoy! 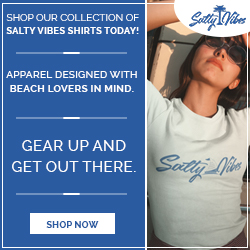 Check out Novels from Rodney Riesel